Itga Mission, with the visits of Sr Prema BS from Maria Ashram, Jalasangi Centre as she was coming to this place for Women Self Help Groups. A group of youth from New Apostolic Church, Itga, met the  Fathers at Jalsangvi and continued to attend for some weeks Sunday Mass at Jalsangvi on cycle, a distance of  35kms. Their interest and love for Catholic Church was appreciated by the Fathers there and they started visiting Itga village on the request of these Youth. The mission started here in a small tin shed. Fr Elias Martis and Fr Leo Veigas served the Mission from Jalsangvi for over 2 years.  Subsequently, land for Church was bought and the construction of the Church building started under the leadership of Fr Stany Monteiro in 2000 and the Mission began in year 2000. The Church was inaugurated by Rt Rev Dr Aloysius Paul, the Bishop of Mangalore on 16.07.2002.  Thanks to Milagres Parish, Mangalore for their generous contribution towards all the expenses of establishment of this New Mission Centre.   Rightly the mission centre is called Pawada Mathe Devalaya  after the Patroness Our Lady of Miracles (Milagres) . People of this village were recived into catholic faith fold in the year  2000. There are 167 families in the catholic fold. Itga Mission thus became an independent mission in 2002 with bannahalli and Udbaal as in mission outreach centres.

Villages under the Itga Mission :

Bannalli : Visit to Bannalli tarted by Fr Francis Lewis in 1994 from Jalasangvi centre – The thatched tent was burnt down by Hindus due to hatred against Christianity and was again built by Fr Francis Lewis. He stood by the people, the Christians boldly.

Fr Henry Mascarenhas built chapel in 1996 and people were received at Maria Ashram  Jalasangvi centre. When Itga mIssion was started as an independent centre (2002) Bannali Village became a part of this new mission centre.  Families: 33

Udbal :Visits to this to this village were started as early as 1996, after 2 years they left and joined Seventh Day Adventists. There was no good relationship between people  and priests at Mari Ashram. A chapel was built for them within a year by SDA church, but when the pastors deserted them again faithful came back to Catholic Church with a request to start again Catholic faith and this faith has sustained in them ever since. Fr Stany Monteiro started the visits again. They have been worshipping in a Small tin shed since then.

A modest chapel was built and inaugurated on 22nd May 2016. 52 families were received into Catholic Church. The new church named after Holy Trinity Church was blessed and inaugurated in 2018.  Families: 52

FMM SISTERS IN UDBAL :Franciscan missionaries of Mary extended their mission from Chincholi to Udbal  Mission on 8th August 2016. The bishop of Gulbarga Rev. Dr. Robert Michael Miranda invited the sisters to render their service and to strengthen the faith of the Catholics.  Initially FMM sisters used to  come from Chincholi on Saturday evening,  after meeting the people they used to teach  catechism, prepare them for the Eucharist, stay with the people and used returned after the Sunday Mass to Chincholi. Sisters realized that the weekend ministry was not very effective and did not bear much fruit. So the sisters decided to stay in Udbal to make their presence felt and to be part of the Catholic Church.   They looked for a rented house for their stay but they dint dint find a suitable house rather than the sacristy of the old church.  Sr. Rita Mendonca and Lona Elvera Aranha arrived on  1st July 2017.  Sr. Reeta Mendonca  is teaching in Melagres school,  Chitguppa and the other sister like Sr. Mini Mathew  and Sr. Marian Baby is involved in the pastoral work.

Visits to mudnal Village started in the year 2013 on 13th October by Fr. Anil Crasta, The director of Itga Mission. A catholic lady by name Mamitha from Bannalli was given in marriage to Mudnal Village.  After few years of the marriage , her husband showed interest to accept the catholic faith. Once he was baptized other families from Mudnal also showed interest to accept catholic faith. Group of young men under the leadership of Dilip, Dayanand called Fr. Anil Crasta  to their village. As per their request Fr. Anil Crasta guided Bro. Rosh D’Souza ( Regent) to start Family visits of Mudnal and to find out situation of the village. Bro. Roshan D’Souza , Sr. Evlyn, Sr. Divya, Sr. Anisha  guided them with the initial teachings of the Catholic Church (Prayers , Bhajans).  During the same year Dn David  arrived for his Diaconate Ministry , who accompanied brother as a result many more families started, attending the prayer service. Fr. Anil Crasta visited the village on 16th November and insisted “Mane Shudikarana and Bible enthronement in the houses ”. People removed their idols from their house ans celebrated Christmas in a grand manner. Fr. Roque D’Saouza and Bro Abhishek worked hard to foster faith , At present Fr. Gerlad sagar is at their service in fostering their faith.

Inde Espoir Project students of Paris University built the three floor school.  They came in 3 batches camped in the school premise for 22 days each and worked themselves. At present there are 465 students from Kindergarten to VIII Standard

Itga is a Muslim and Lingayat dominated village in humnabad, Bidar dist. On June 1 2000, the Ursuline Franciscan Sisters from Kristashram, Kaudiyal began to collaborating at  the Itga Mission. The Sisters serving at Kaudiyal set aside two days in a week for Itga Mission. Though challenging due to poor availability of transport to the Itga  and lack of accommodation there, sisters preserved and did their best. Responding to the invitation of   the diocesan authorities, the Sisters started a community there in June 2003 with Sisters Helen Monterio, Christina,  Mary and Sherine Dimple D’souza, as Pioneers. Sr. Evelyn Pinto, animator of Kaudiyal, supported them and  also directed their work. Works under taken were faith formation and empowerment, of women, children and youth, The Mission of faith formation included visiting families, catechizing adults,  youth, children, teaching  vocal Prayers such as Rosary, Preparing Children for the reception of the Sacraments. 5.5 acres land was purchased by the  Sisters . A new convent building Ashraya Matha Nilaya was inaugurated on 21 August 2008. Community was canonically erected on April 12. 2009 by the Superior General. Sr. Evelyn Pinto was appointed animator of the newly erected community. Itga offers grate scope for evangelization, in the field of education and development.. At present Sr. Veena.C Fernandez, animator in the field of education along with other sisters. 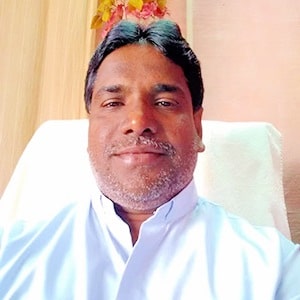 he parishioners of Mary Pawada Mathe Church; Itga, celebrated their 17th anniversary of the dedication of the Church at Itga.  Rev. Fr Jude Daniel; Director of Talmadige Centre presided over the Eucharist celebration and broke the Word of God. Rev. Fr Austine and Fr. Jerald Sagar, the Parish Priest joined for the con-celebration. People gathered at the […]

The passion and death of Jesus Christ was enacted and depicted here at Itga centre on Saturday 14th April 2019 at 4.00 pm . Around 200 people gathered in the church ground. It helped the faithful to pray and to reflect the Passion of our Lord. Thanks to Fr. Gerald Sagar and team.