The dream of late Bishop Rt. Rev Basil S. D’Souza of Mangalore is actualized today as the Christashrama, Kaudiyal has become a power house for the mission work of Gulbarga Diocese. It is a centre for retreats, prayers and meditation. It is situated on the way to Basavakalyan from Humnabad Highway.  Being the diocesan Evangelization centre, it attracts the people of all caste, creed and religion.s Priest’s residence and a prayer hall.  Till 2011 this prayer hall was the sole place for prayer and meditation.  When the number of the believers increased, the existing new Church was constructed and inaugurated on 16-10-2011 by Most Rev Robert Michael Miranda.  The following Priests have served this centre as directors:  Fr Francis Lewis 1996-97, Rev Fr. Baptist Menezes 1997-2000, Rev Fr. Clary D’ Souza 2000- 2006, Rev Fr. Gerald Sagar 2006- 2013, Fr. Cyril Lobo  2013- 2018 and Fr. Santhosh Bapu at present. These are the few regular activities of the Centre.

The Ursuline Franciscan Sisters of Mangalore Province are serving this mission centre for past 20 years. They are actively involved in faith formation, health, social work, family apostolate, tuition classes so on.

At present Christashrama, Kaudiyal is known for its healing ministry. People who are possessed with evil spirits and psychological illnesses stay at the centre and are healed by prayer and counseling. In 2014 SPARSHA Care Home Centre has started with 11 HIV Children and every month there is a regular meeting of HIV patients and nearly 60 people attend the meetings. The team members are also venturing into the new villages for faith formation in the villages such as Narayanpur , Hattyal, Rajeshawar, and Chenenlli etc.

Statistics: Name of the Center: Christashram Established in 1996

Chaitanya Convent was founded on June 2, 1998. Sisters were invited by Most Rev.Bishop Basil D`Souza, Manglore Diocese, to serve in Bidar Mission.  Rev. Sr. Edilburga Monteiro Superior General accepted the invitation to start a mission under Manglore Province at Basavakalyan when Fr. Baptist Menezes was the Director of Prayer Center, Kaudiyal.

At present the mission continues with the collaboration to the Diocese from Hubli Province under the Provincial Superior Sr. Severine Veigas, and Director  Fr. Santhosh Bapu.

The mile stones to be on record are faith formation, empowerment of women through SHGs,treating HIV/AIDs patients in the Asha Deepa Health Center and now Sparsha Care Home for HIV infected Children.

Teaching catechism, preparing for sacraments and Sunday liturgy, visitingfamilies, conducting family prayers, evangelizationthrough the Word of God, assisting in the church projects , singing ,  counseling, giving tuition to slow learners and school drop outs, weekly adoration of the blessed sacrament along with fasting and intercessory prayers, monthly retreat of 3 days, celebration of all feasts and national events by putting up cultural programs and meaningful liturgy are a few of the activities that are taken care of. All the Sisters actively involve in all the activities at Christa Ashram.

It is a joy to see the little children of Sparsha Care Home, Kaudiyal seeing the light of new life in this center and bringing the radiation of Christ`s merciful face glowing in their faces.

On 19th, June 2006 Bishop Robert Michael Miranda appointed Fr. Clary D’ Souza, as the Pioneering Missionary to establish the Mission at Basavakalyan and Fr. Clary started the activities from a rented house. Prior to this, already the Sisters of St Ann’s Providence started to work for the Lord in Basava Kalyan town staying in a rented room since 8th June, 2004 and Fr. Clary D’ Souza himself guided them from Kaudiyal Mission, as he was the mission director there.

As the Pioneering Missionary in Basavakalyana, Fr. Clary D’ Souza started various activities among  the place.  The two villages of Muchalamb Mission, namely Kitta and Gokul were also taken care.  Thus the faith formation programme for the villages and the Basavakalyana town started. Later, a hostel for the poor children and Sathyanubhava, and Inter-religious Dialogue Center was started. The details of these two apostolate are given below.

The Catholic Church recognizes that there is a bond between all people which comes especially from the common origin and end of the entire human race. Whatever is good or true in all religions comes from God and is a reflection of his truth. (CCC 170). The Catholic Church promotes inter religious dialogue throughout the world. Satyanubhava Inter -Religious Dialogue Centre under the leadership of Fr Benjamin D’Souza was inaugurated on 10th July 2009 by Most Rev. Robert Michael Miranda, Bishop of Gulbarga

Father Benjamin D’Souza is the founder Director of Satyanubhava from 10th July 2009. As he was not able to continue the work due to age factor, Fr Joseph Rodrigues, a zealour missionary from Mangalore was appointed by the Bishop as the Director of Satyanubahva from 04.05.2014. As per the desire of Bishop Robert, Fr. Benajmin continues to help Fr. Joseph Rodrigues, in the dialogue ministry with much enthusiasm.

Inspired by Jesus Christ who came to bear witness to the truth, ‘to fulfill and not to destroy’, and guided by the teaching authority of the Catholic Church, Satyanubhava aims at:

Fr. Clary D’ Souza welcomed the Children from Muchalamba hostel (where the hostel children did not have school facility) to Basava Kalyana on 13th, June 2007. Initially the Children stayed in a rented house near Jnana Priya School and after sometimes shifted to the Jnana Priya School and children stayed in a class room. Later on, half an acre of land was bought with the generous donation of Mrs. Vinny Crasta, K.C. Road, Thalapady, Mangalore, and a small building was built with generous contribution received through Fr. Austin Hugue, the  Provincial Superior of Betharam Fathers, from England in memory of Lynn North. (The fund was raised by the children and friends of Lynn North who died in an accident). Milagres Church,  Mangalore and some devotees of St. Anthony helped the new mission. St. Anthony’s Ashram Jeppu, Mangalore, gave a Statue of St. Anthony on a Novena day to this new hostel for the poor. The new hostel was named St Antony Balakalyan Ashram (SABKA). In the Ashram here we have children who are orphans, single parent children all from very poor  families  irrespective of caste or creed. Until now (1-12-2014)  182 children have benefitted from the Ashram. This year there are 32 children in the Ashram. Since there are no proper facilities, only the boys are admitted now. All the children are  attending the classes in the Local Government School.  Regular coaching is given to the poor  and slow learners in the morning and evening hours. Two religious sisters and two teachers are working for these children.

HISTORY OF SISTERS OF ST. ANN’S OF PROVIDENCE, Basavakalyan, Bidar :

The sisters of St.Ann, were extended an invitation by the Bishop of Mangalore Rt.Rev.Dr.Aloysius Paul D’Souza to Sr. Charlotte, the provincial superior of the central province inspired by the Holy Spirit, Sr. Charlotte directed the young sisters Avia, Kumudini and Fatima to go ahead and explore the mission area. It was in the month of April 2004 the sisters arrived at Basavakalyan Taluk Bidar District. They camped at Christashrama, the mission station to study the situation, the mission work and the possibility of starting our mission at Basavakalyan. After remaining for 2 months these sisters returned to Bolarum with the good news that the mission land and the mission work the Lord is calling for spreading the Good News….

With prayer and discernment, trusting in the Divine providence, Sr. Charlotte sent the sisters to open a new community. The 7th June 2004 is the memorable day, when the 4 pioneer sisters Avia, Fatima and Ancy headed by Sr. Mathew arrived at Christashrama, the catholic center in Basavakalyan Taluk of Bidar Dist.The Sisters were given a warm welcome to the mission center by Rev.Fr.Clary, the director of Christashrama, where they spent a peaceful night, happy to be in the mission area. The very next morning of June 8ththe sisters accompanied by Fr. Clary proceeded to a rented house at Basavakalyan. The residence was a small single room with hardly any facilities.

The sisters were to begin their mission here at the centre of Basavakalyan. There was some hesitation as what and how it could be done. They had to be aware of their neighbors, the language and culture and get familiar with them by visiting, encountering, listening and guiding rather cautiously. The two sisters were employed in the two private Hindu Schools as teachers. The sisters were giving free tuitions in the evenings. They were visiting some families of their students. The sisters remained in the rented room for a year overcoming the various inconveniences and caring on the active apostolate.

At present 8 sisters reside at the campus and carry out the different apostolate according to the plan and wish of our founders, corresponding to the wish of the Gulbarga Diocese. Theyare involved in different missions and have dedicated themselves to educate the poorest of the poor in this Basavakalyan locality.

There is good response from the people around and all types of children are educated without differentiating the caste, creed, gender…etc. Help is given to the children who are weak in their studies after the school hours. Modern electronic gadgets to impart the education effectively towards the pupil are also used. There is also prior importance given towards prayer life of children encouraging them to spend some time in the chapel to pray during the break time.

One sister is dedicated for the welfare of the women at different villages. Besides this, the sisters also work for the children at st. Antony’s boarding which is run by the diocese… They also involve in Participating in the Kaudiyal Retreat every month, talking to the people and praying for them. They also visit the families catholic and non-Christians and praying in their families. They also go to villages for Mass in the families along with the parish team. All are happy to work collectively in this mission area. 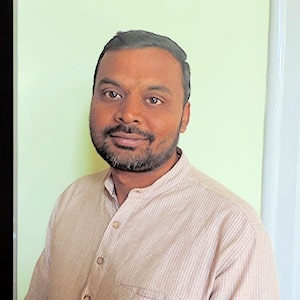 A Night Vigil Prayer service in the presence of God was organized for the ICYM members of the Gulbarga Diocese on 27th August 2022 at Kristashram, Kaudiyal. The retreat began with the presentation of the Youth Convention Cross at 6.30 pm by the youth of St Ann Church, Wadi parish. It was received by the Bishop […]

Bible Patana 2022: Reading and Praying the whole Bible at Kristashrama

BANDHAVYA – 2022: A day’s retreat was organized for the married couples on 2 January, 2022 at Kristhashram,  Kaudiyal.  Rev Fr. Roman Pinto of Shimoga diocese was the preacher of the day and animated the retreat. There were 35 couples from different Mission Centres participated in the retreat. It was a beautiful experience for the […]

Sparsha Care Home, Basava Kalyan celebrated the 5th anniversary of its existence on 24th November 2019 by putting up a stage for the children living with HIV Aids  (CLHA) at Rangamandir,  Gulbarga.  Rt. Rev Robert Miranda Bishop of Gulbarga , Mr. Eda Martine , District Police Superintendent  of Gulbarga were the chief guests of the day.  Seven […]

Devotion to the Holy Rosary has been observed in the month of October at Kawadiyal Mission, by organizing JAPASAROTSAVA in the Kristhashrama. It began on 1st October 2019 and got concluded with a grand procession on the eve of feast of Mary the queen of Rosaries. People gathered every day at the grotto at 5.00 pm […]