St. Lawrence Ashram, Talmadagi was started in the year 1999, during the tenure of Fr Elias Martis and Fr. Stany Monteiro. They stayed in Gandinagar in a rented house . Gandhinagar is an extension of the Talmadgi village. In 2000, Fr Elias Martis constructed the church and the presbytery. Hence the establishment took in the same year.
Talmadige centre had 4 faith formation villages namely ; Nimbur, Kandugole, Sitalgera and Itga. In the year 2000, Itga village got bifurcated from Talmadige centre and became an independent mission centre. Later on Talmadgi, Wadenkera, Gandhinagar and Hudgi villages were added to this. To support this mission 3 SMMI sisters Viz, Sr. Antonette, Sr. Elizabeth, and Sr. Nirmala joined the mission to render their service. They stayed 2 to 3 months in the presbytery as they did not have a house of their own. Soon their provincial put-up a small house for them in the church campus. Later on in the year 2006 they built a decent house and shifted over there.
Rev. Fr. Stany Monteiro assisted Fr. Elias Martis in this mission at the beginning of 1999. The mission work was undertaken by the team such as faith formation, woman empowerment, youth animation and education …etc. Under education, Bala Jyothi or Vidya Vikas programme , and Bala Sadana boarding was established to train them in faith formation and education through tuition classes. Sr. Elizabeth was also in charge of sponsorship and social work; she was going to the villages to form the women self-help groups and give awareness to them. Then the boarding was closed in the year 2010
In the year 2002, Sr. Rani came as the animator of the community, who took up the social work and developed women’s SHGs and much she was involved in pastoral activities too. Sr. Vimala Rosy Replaced Sr. Nirmala. Later on Sr. Antony Mary, Sr. Assunta, Sr. Sunitha and Sr. Pramila joined the mission. Then came the other group of sisters , Sr. Ancy Francis as the animator, Sr. Vincent, Sr. Carmeline, Sr. Monica Jose and Sr. Maria Jose. Presently we have Sr. Maria Jose, Animator, Sr. Elizabeth, back to mission for 2nd time, Sr. Evelyn Mary and Sr. Carmeline, who are continuing the work. With the director, all the sisters are caring out the ministries of faith formation and social ministry. Each sister is in charge of each commission that is liturgy catechism, women cell, HCA, SCC, Laity, ICYM and Evangelization.
In the year 2012 Fr. Abert Crasta started the St. Lawrence Kindergarten with 25 children. He also started the primary school but unfortunately he could not progress and was closed in the year 2014, due to various reasons. At the time of closing there were 54 children.

The priest who rendered their service in this centre are as following:

Family Visits &SCC Prayer Groups:
Saturday Evening; Gandhinagar & Talmadagi
Wednesday Evening:    Nimbur &Sitalgera
Tuesday Evening:  Wadenkera & Kandugol
The Statistics of the As on 1st January 2016:
No of Catholics total:  668 Male: 320  Female: 348
No of Catholic Families: 125
No of Catechumens: 49
No of catechumen families: 16
Children going to School : From 1st to 10th 120
College &vocational training: 39

Names of the Sisters who served in this mission: 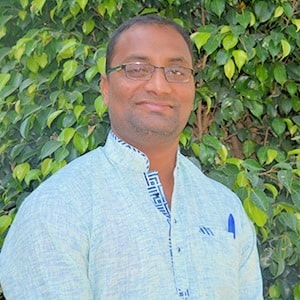 Orientation Programme For MCA At Talmadige

Fr. Jude Daniel , the Director  of St. Lawrence Church, Talmadige  organised   orientation programme for the members of Missionary Childhood Association. Fr. Gerald Sagar, the secretary for the commission  for Evengelisation,  animated the whole day session. Adoration, Holy Eucharist and input session made the day more meaningful. Children entered the temple of the lord  with […]

Feast Of St’s. Peter And Paul

The St’s Peter and Paul Church; Siddeshwar, the substation of Halbarga Mission celebrated their annual feast of their patron on 14th July.   Rev. Fr. Austin presided over Eucharist and broke the Word of God. Fr. Vincent and Fr. Prashanth OFM Cap, the  Parish Priest were con-celebrated the festive Mass. At Kandugol: The faithful of Kandugol […]