St. Francis Xavier church, Sedam was blessed on 1st March 2000. Fr. Jayajaj Patti was the first parish priest at the time of church’s construction.  After him Fr. Henry Fernandes took charge of the parish on 15th May 2000. On 18th June 2002 Fr. Siby Thadathil succeeded Fr. Henry Fernandes. After which many priests have served at St. Francis Xavier church Sedam, namely Fr. Norbert Fernandes SJ (June 2004 –Feb 2005), Fr. Ambrose D’Souza SJ (Feb 2005 – May 2007), Fr. Richard D’ Souza (May 2007 – June 2010). It was in the time of Fr. Ambrose D’Souza, the sisters belonging to the congregation of the Helpers of Mary were invited to the mission. The sisters joined in the Mission in 2007.

After Fr. Richard D’Souza in June 2010, The missionaries of St. Francis de Sales were invited to the mission. Fr. Dorai Swamy MSFS was the first priest from the MSFS congregation to serve in the Mission. He served the parish as parish priest from June 2010 to May 2014. Fr. Arokia  Swamy  MSFS succeeded Fr. Dorai in May 2014. But due to his ill health he had to return to the province of the MSFS were he belonged. In the place of Fr. Arokia swamy MSFS, Fr. Anand Ekka MSFS   was appointed on 15th November 2014. In May 2015 Fr. Balavendra MSFS was appointed as the parish priest and   he is continuing to serve in the mission.

At present sixteen   families in the parish. Namely, one in Kurkunta, Five in Sedam and ten in Malked altogether sixty members in the parish. In the parish SCC prayer Groups are actively functioning.

In the year 2006 on 25th May Fr. Ambrose S.J then a parish priest of Sedam invited the sisters of the Helpers of Mary to Gulbarga diocese to work at Sedam parish.

As a response to the invitation Srs. Asha and Seema (councilors) came for the first visit to Sedam on 11th September 2006. They visited few villages and met people and explored the situations and problems of the area, to get better understanding of the problems.

On 14th May 2007 Sr. Indumathi superior general, Sr. Shobhana councilor and Sr.Philomena newly appointed as superior of Sedam –Gulbarga Visited MOST  Rev. Bishop Robert ,and Sedam for the third time. The decision was made to start community and the inauguration was planned in the month of July 2007.

On 31st July on the birthday of our founders mother Anna Huberta most. Rev. Bishop Robert Michael Miranda offered holy mas and explained the true missionary spirit by the very life and sacrifice of mother Anna Huberta. Mother Anna Huberta a German by origin came to India to spread the love of Christ in India; her arrival to India itself wasan inspiration for all to go where no one dare to go.The inspirational words of the Bishop inspired the sisters and gave a boost to their confidence, to work in Sedam. His very words of appreciation of our founder’s life made their charism to become a reality at this mission place.

In the beginning they were staying in St. Francis Xavier‘spresbyteryand later in a rented house. In the year 2013 we build a convent which was blessed by Bishop Robert Miranda and inaugurated sr. Leela the superior general   21stApril 2013.

At present we have children’s home (only six girls. four are orphan two are with parents)

Tuition classes for 25 children surrounding areas in the evening,s.

There were about 36 women’s groups were there at present 16 groups are functioning.

To increase the number of children in the boarding.

Starting a nursery (according to the needs and demand of people) 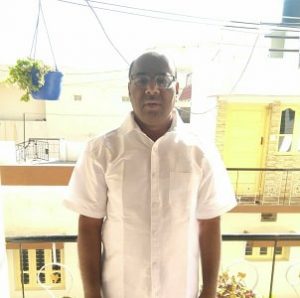 Holy Spirit Chapel, Sub-station of Sedam parish Celebrated  feast of the Holy Spirit and the Laity Sunday On 7th July Sunday,  Fr. Vincent Thoras the secretary for the Laity and SCC Commissions was the main celebrant. Fr. Vincent Thoras preached the Word of God and highlighting  the role and impotence of laity in the Catholic […]