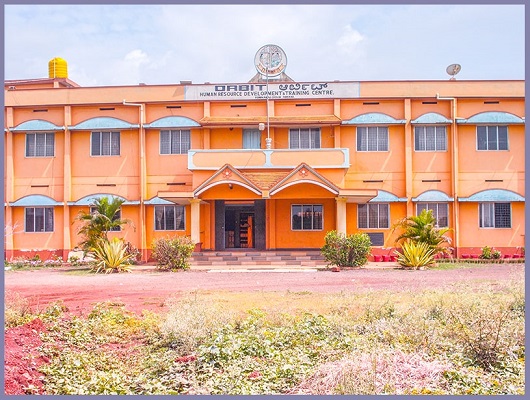 In the year 1982, the Catholic Diocese of Mangalore, launched its mission in the district of Bidar with a view to work for its integral development. The then Bishop of Mangalore, late Rt. Rev. Dr Basil D’Souza and the present Bishop of Gulbarga Rt. Rev. Dr. Robert Miranda were the pioneers. Though various development works were done for the welfare of the people, a systematic approach was adopted since the year 1993, with the foundation of ORBIT (Organization of Bidar Integral Transformation) and Human Resource Centre registered under Indian Trust Act. Rev.  Aloysius  Paul D’ Souza, Bishop of Mangalore as its Founder President.

It did not take long time to realize that the women were doubly exploited persons in the society.  They were oppressed because of their gender and also due to poverty.  Therefore, the first attempts were made towards the empowerment of women thorough formation of self-help groups.  A group of women of 10-15 members met in the evenings once in a week and discussed the problems concerning them and those pertaining to society.  This enhanced their dignity as women and also they began to get involved in solving the problems of the village through the co-operation of the government.  The savings helped them to get engaged in various self-employment projects and obtain large amounts of money from the banks. Today, the number of self-help groups is 600 savings are over Rs 2,00,00,000 with 44 Grass Root Federations, 5 Taluq (Block) Federation and 1 District Federation.

Soon it was realized that the educational system in the district was very poor, especially in the government schools.  The Vidhya Vikas Programme was launched to bring about a change among the children, teachers, parents and government officials.  A teacher was appointed in the school who acted also as an animator to bring about change in the educational system.  Various meetings were conducted between the parents, village leaders, government officials and teachers.  This was a model program which really brought about change in the educational system.  40 villages were taken under this program giving rise to 40 and more volunteers for spreading basic education, information and awareness on child rights, nutrition, sanitation etc.

Bidar is a drought prone area. Having learnt from the successful experiences of people elsewhere, we launched the watershed program in three villages.  Farmers groups were formed who were trained to conserve rain water through various techniques.  They were given knowledge about modern agricultural techniques which improved their income.  As a result the villages soon became green while the standard of living also increased.

The wrath of HIV AIDs which was unheard and unseen had made a silent entry into Bidar District. By the time people realized the gravity of the sickness, HIV had devastated hundreds of families in Bidar district especially in Basavakalyan and Humnabad taluks. ORBIT realizing huge health and family crisis, resolved to help the people of Bidar affected with the deadly disease. ORBIT started its services through SNEHA program in 2006, then with Ashadeepa Care Home for HIV affected people for care, medical support, ART, livelihood, IGP, counselling and clinical support along with awareness. Over 3000 HIV affected persons along with children have been supported through this program till date. Presently Sparsha Care Home is catering to 40 Children Living with HIV (CLHIV) in Basavakalyan Taluq.

Panchayat Raj Program initiated in Bidar District helped in training over 350 PRI members in Bidar District. This brought substantial difference in functioning of Pachyath Raj system in many places.

ORBIT presently serves District of Bidar by collaborating with District Administration and other networking groups for the development of one of the District in Hyderabad Karnataka Region. ORBIT is a compliant organization, with Trust Registration, FCRI, 80G, 12AA, Darpan.

ORBIT vows to serve Bidar and its people, to bring a change in the lives of people, upholding their dignity and nurturing mother Earth. Your support to ORBIT will enhance our services to the last, least and the lost.

Humnabad is a small town in the northern part of Karnataka in Bidar District deprived of quality education. Though there are many prestigious institutions, only the richer classes can afford such education due to the demand for high donations. The existing English medium schools lack proficiency. The girls in the surrounding villages discontinue their education due to poverty. In order to provide job opportunities for the rural youth and to improve their educational standards, the mission team of Bidar and the members of Seva Ashram Bethany community informed Sr Christella, the Provincial Superior, about the need of service in Humnabad.  The community was erected on 12th November 2001 at 5.00 pm with the Holy Eucharist officiated by Most Rev. Dr Aloysius Paul D Souza, the Bishop of Mangalore. The pioneer sisters were Sr Lucian, Sr Florita and Sr Fidelis. The canonical erection of the community took place on 5th June, 2003. Sr Lillis, the Assistant Superior General, along with Sr Inviolata, the Provincial Superior were present for the programme.  Shanthi Kiran Technical School was informally blessed by Very Rev Fr Robert Miranda, the Episcopal Vicar of Bidar Mission, on 27th June 2003, on the feast of Sacred Heart of Jesus. Sr Agnesia was the first superior. Sr Anna Maria took over as Superior and directress on 30th June 2004 and started a Residential School for girls in July 2005. There are thirty students resident trainees in every batch. Sr Florita was the Principal of Shanthi Kiran Technical Institute in 2005. The Centre is accredited to the National Institute of Open School New Delhi in August 2005.  Along with the Superior the sisters render full time service in the school as well as in the parish teaching catechism, conducting liturgy, involving themselves in the social work activities conducted by ORBIT, participating in Diocesan faith formation, youth ministry and women developmental programs.

It was  started in 2003. Sr Lucian, Sr Florita and Sr Fidelis were the Pioneers of this Institute. Sr Anna Maria and Sr Flavia Wilma were the past Directors respectively and presently Sr Prema Pricilla is heading the Institute as Director and Sr Zeena BS being the Correspondent.

The main purpose of this Institute was to train all the youth who are school dropouts, in various Job -oriented Courses and various skills in order to make them self reliant and Combat Poverty. The Goal of Shanthi Kiran Technical Institute is “Fullness of life through integrated formation in partnership with God and for His Kingdom”.

The Institute is accredited to National Institute of Open Schooling for some Courses, it is also Registered as Vocational Training Provider under Skill Development Initiative Scheme, DGET, India for 5 sectors. The Institute also is run as Community College under the guidance of Indian Centre for Research and Development of Community Education (ICRDCE), Chennai.

In Order to draw full benefits the girls are provided residential facilities. The Institute also has the Day Scholars attending various courses. The Institute has under taken Child Labour Project from 2007 to 2010, through which more than 150 child labourers were educated. The students who completed courses have been employees in various fields and some of them continue with higher education.  The institute is equipped with, Computers, Sewing machines, Type writers, all kinds of Teaching equipments according to the Courses. It is also well furnished with good furniture and infrastructure.

Along with Shanthi Kiran Technical Institute, the shanthi Kiran Hostel was started for the ruler girls. The girls who stay in the hostel are given faith formation,  daily Eucharist, yoga, co- curricular activities in order to help them in their all round development.

As we felt the need of Education in Humnabad, under the leadership Sr. Mariette our Provincial Superior and the dream of our Founder servant of God Raymond F.C Mascarenhas came true as we started Bethany Play school on 01.06.2011. The first Headmistress was Sr. M. Lilly Gonsalves B.S.

At present there are 300 students up to VII standard. Students are trained in co- curricular activities. We have scout – guides,Cub – Bul – Bul movement in our school. Efforts are made to see the whole round development of all students. 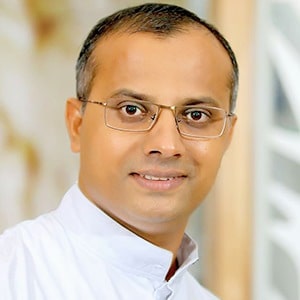 Awareness program on Gender Policy of the Catholic Church at ORBIT

Women’s commission organized an orientation and awareness program on Gender Policy of the Catholic Church at ORBIT, Humnabad on 9 July 2022. Fr Stany Lobo and Bishop Robert Michael Miranda were the resource persons of the day. Fr Stany Lobo, Vicar general of the diocese explained to the women the responsibility of women at home, in […]

Santhpur: International women’s day celebration on 21.3.2022 at Dupath Mahagaon Church. It was a well-organized program, both by Euphrasie Nilaya Convent and by the youth. The theme of the program was ” Gender equality today for a better tomorrow .After the inaugural speech by PSI Tana Kushnoor Mrs. Renuka the two courageous women spoke about […]

A training workshop on the use of the media at ORBIT

At ORBIT, a training workshop on the use of the media in our social services was held on 11 March 2022. The resource person was Fr Roshan D’Souza, Secretary of the Commission for Media and Social Communication. A total of 25 people attended the workshop and benefited from it. Dn Sachin Christy welcomed everyone and […]

Blessing and Inauguration of the newly built Grotto at ORBIT

On 27 February 2022, Most Rev. Dr. Robert Miranda, Bishop of Gulbarga, blessed and inaugurated the newly built Grotto of our Lady. Thereafter Rosary was prayed in honour of our Lady  followed shortly after the blessing of the Grotto. Thanksgiving Mass was celebrated by the Bishop, who spoke about the importance of prayer. The Bishop […]

Catechism Teachers’ Training prorgamme for the Bidar deanery was held on 16 October, 2021 at ORBIT. Rev Fr Francis Xavier Joseph, the Regional Commission Secretary for Catechism was the resource person of the day. Fr Sunil Andrade, Mission Director of Christ the King Church, Ujini spoke about the importance and the need of Catechism in […]