The Laity Commission of Gulbarga diocese looks after the ongoing formation and animation of the lay faithful so that the laity can truly exercise their apostolate in accordance to their state of life. (Can. 208).

Over the last 15 years of its existence the Commission has been striving in forming the laity through various programmes at the diocesan, deanery, zonal and parish level to make the Church in Karnataka a Participatory, Christ-centred, and truly Evangelizing Community. The vision of the Second Vatican for the Laity still remains only a dream

In the light of the new Pastoral Plan the Laity Commissions re-examined its focus and reformulated the vision & mission as spelt below. The diocese always emphasising and committing itself to builf a participatory church, with over 90% of its Christian population living in poverty and illiteracy, needs lay people who are trained and committed to build a Christ – centered community. It needs good leaders to work for the uplift of the people. The Laity Commission is committed towards transforming the laity to get involved in the Church and society with greater commitment.

VISION: Empowered Laity as a community of living witnesses to Christ.

MISSION: Establishment of a Christ-centered community based on love, justice and equality through empowerment of its members.

By the end of 2024, the Parish Participatory Structures are rejuvenated in the light of ‘Pastoral Conversion of the Parish’ and ‘FratelliTutti’.

Objective 2: By 2024, the diocese has value based leaders in the civic and local self-governments and play an active role in the society.

Objective 3: At least two members from each deanery will participate in the regional level training for the Laity every year.

Objective 4: By 2024, the Catholic laity will form Catholic Associations / Catholic Sabhas at deanery level at Bidar, Bhalki, Gulbarga, Vijayapur and work towards protecting the rights of the people and obtain the govt. benefits to the community.

Objective 5: At the Diocesan Level, the Catholic Professionals like Public Servants, Doctors, Lawyers, Teachers, Nurses etc. are organized into Guilds by 2024.

Indicators: A well-organized laity based on their profession 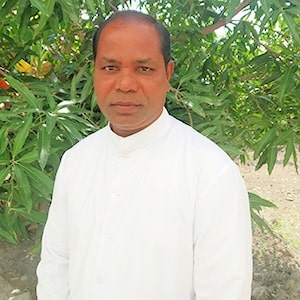