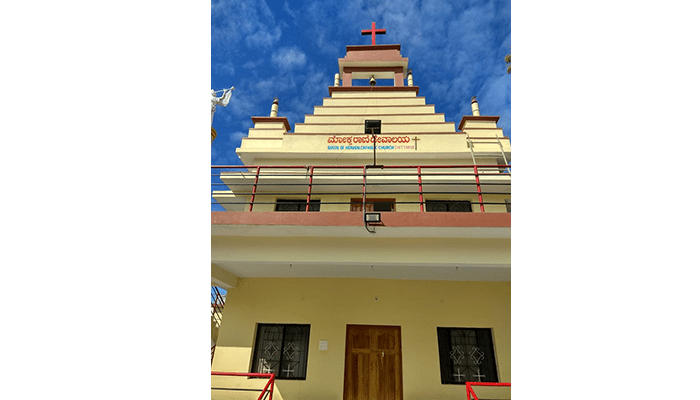 Chittapur is one of the oldest Parishes in Gulbarga Diocese. It is mentioned in a book written by Mids Tailor that already in 1502 there were Catholics in Chittapur. The Idiga people (toddy tappers) were the 1st to accept the faith. According to one legend (Tradition), the ancestors of Catholic community rendered their service to the King. Some of the members who won the favour of Nizam rulers were Anthanappa, Arogyappa etc. The Nizam king Usman Pasha was very happy with the service and donated 250 acres of land to these people as a sign of his love for them. In this land, while they were doing agricultural work, they found one cross. They kept the cross safe in one of their houses. They did not know how to worship it. They kept this cross safe for many years.
Some of the members of Idiga community went far away village in search of job. Where they attended a Jathra. In that Jathra, there was a big procession where the statue of Mother Mary was taken in the procession. Since these people were Hindus, they did not know why these people were carrying the statue, the purpose of carrying the statue etc. So they said themselves, these people don’t have any sense. Thus they made a mockery of this procession. The next day when they woke up one of the group members became blind, was unable to see anything.
Then they went to a Guru asking the reason of losing his sight. They explained everything to the guru whatever happened in the previous night, the mockery they made towards the procession etc. Then the Guru said “the person whom you mocked is not an ordinary person. She is Mary, Mother of God.” Then he advised them to honour her and to build a mutt (Church) in honour of her name. After this incident, they want to their native place i.e. Chittapur and narrated everything to their family members. After discussing with the elders they built a small mutt (Church) and kept the cross inside the Church which they received earlier in the field. Then they started prayer and worship sitting inside the mutt. Then all of a sudden the person who lost his eyes regained his sight.
By seeing this great miracle the ancestors were taken up. They donated 47 acres of land to the mutt of Chittapur.
That time there was no residential Priest in Chittapur. Some Priests from Goa used to come once in a way and they were conducting prayer service. They used to bring the statue of Mother of God and asked the people to pray for their intentions. After the prayer was over they used to take back the statue. Some of the features of Mary’s statue which they brought from Goa wore crown on her head, under the feet there was sun, moon etc. As it is mentioned in the litany of Mother Mary, the ancestors called this Church (Mutt) of Queen of Heaven. Since most of the believers in this place were Idigas, this Church came to known as Idiga Matha by the people of Chittapur. The tradition is that Chowrappa Swamy (St. Francis Xavier) had visited this place and celebrated mass under a tree. The present Church was renovated in 1972 and again on 2018.
The parish was taken care by the Jesuits earlier on request by the bishop after which a zealous missionary of Bellary Diocese Rev. Fr. Anthony Puthenkalam served Chitapur Mission. He was a good and compassionate pastor. He was helped by Sr. Rosette, Sr. Maxim, Sr. Lorain, Sr. Lucian, and Sr. Anita who were Bethany sisters at Chitapur. Other priests who rendered their valuable service to this mission are Fr. Cyril S.J , Fr. Norbert S.J Fr. Denis Menezes , Fr. Thomas Dsouza , Fr. Paul Fernandes, Fr. George Lobo and others etc.
At present there are 42 catholic families, most of them belong to the Idiga Community . There are a few other families too. Faith formation of the people is the main mission of the Parish Priest. There are existing many cases of mixed marriages even today. Girls coming in marriage are always Hindu. Idiga so there are marriage to be ractified.
People continue the tradition of their ancestors and not much the catholic practices Catholic and even others are very simple, lovable, kind, respectful and good towards priests and sisters in general. They are growing in faith and love of God. Presently Fr. Salvadore Fernandes the Parish Priest and the sisters rendering services to this mission area and they are Sr. Celine (Superior) Sr. Lucy Priya, Sr. Maria, Sr. Lucy Clare, Sr. Kavita, Sr. Antony Mary, Sr. Sandra and Sr. Biana The Bethany sisters who arrived in 1972 working for the all round well-being of the people, giving importance not only to faith formation but also other areas of the life like health, education, agricultural development, housing and sanitation, vocational skills, etc. They run shishu Vihar: K.G., Primary and High School both English & Kannada medium, Prymary and High school Hostel for the poor children, Social Work Centre with various programmes, a Dental clinic and 15 bed Hospital.. 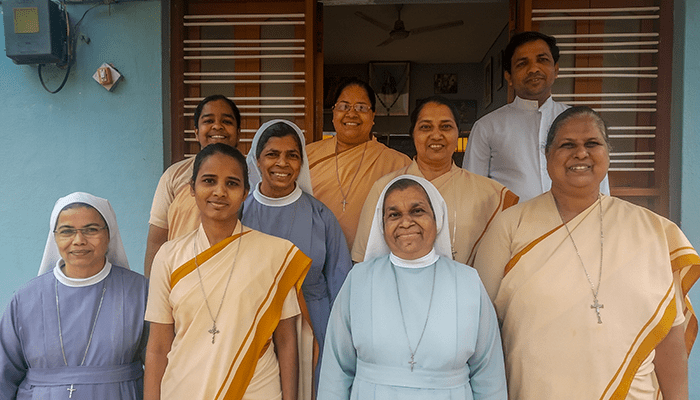 Sisters of the Little Flower, Bethany, Mangalore arrived at Chittapur in Gulbarga District in the year 1972. Fr. Anthony Puthenkalam was a zealous missionary who loved Mary the Queen of Heaven and was desirous to bring Sisters to his parish in Chittapur. He prayed hard and worked strenuously to help his suffering people. He was not peaceful until the Bishop called on him to give the news of Bethany Sisters’ arrival to his diocese. Sr. Rosette along with Sr. Suguna, Sr. Lililoa and Sr. Santhosh began their missionary journey in Chittapur on May 25th 1972. It was Rt. Rev. Ambrose Yedanapally, the second Bishop of the Diocese who had invited the Bethany Sisters to work in the diocese. Chittapur was a dry area and often afflicted by famine, drought and want. People were deprived of good education and health care facilities.
They served in the parish. The convent was named Vidya Rani Convent. They visited the families and built rapport with the people. At first the poor, illiterate people of the town suspected that the sisters had come to convert them and refused to come to them. There was yet another problem for the sisters to visit families. In this subculture ladies were expected to stay in their homes and not move about in the villages /town. Providentially, a local generous man Dr. Mahalinga Marakini Bhat was unable to continue the English medium school that he started. He offered the school to Fr. Anthony Puthenkalam, his best friend, to continue it with 64 students, which in turn was handed over to Bethany Sisters. Sr. Rosette was at the helm as the Headmistress of this school named as ‘Shishu Vihar’. Sr. Rosette being the pioneer, Headmistress, superior, boarding mistress rendered her services to the children and all the people of Chittapur. She worked lovingly among all people irrespective of cast and creed for the development of all people and specially for strengthening the faith of the Catholics. She breathed her last in this mission working for 22 years. Sr. Rosette is remembered even today by people for her genuine love, care and great sacrifices.

A severe famine struck Chittapur and the surrounding area in the same year (1972). The poor people were hungry and thirsty. Through the help of local donors ‘Gan gi Kendra’ (Gruel Centre) was opened at the church to serve the hungry. Later, this centre became a boarding house in the year 1974. 38 guntas land was donated by Deshamukh a local donor for the orphanage. Every year more than a hundred students were accommodated for their education. At present in Jyothi Nilaya boarding about 20 students are provided with the good education and due priority is given for their spiritual formation development. 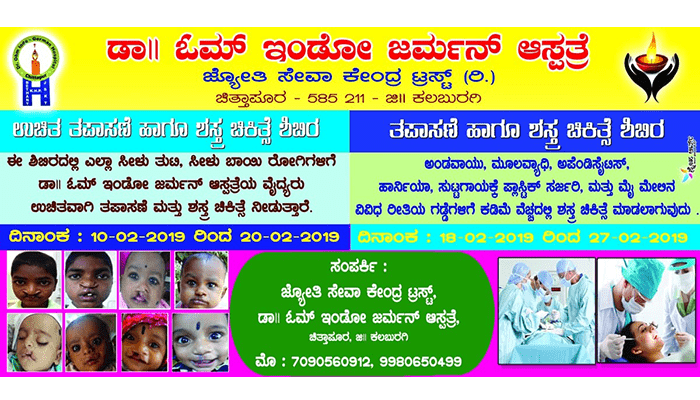 Jyothi Seva Kendra Trust was opened for the integral development of all the families at Chitapur. In 1981 it was supported by the CCF Project and helped sisters to reach out to the poor and deprived sections of the society in the field of education, health, sanitation, nutrition and clothing, income generating programme, skill training, housing empowerment programmes etc. In 1998 a dental clinic was started through a generous donor Dr. Michael Ohm from Germany. Dr. Ohm had a big dream for this place and he supported to establish the dental clinic as well as 25 bedded multi-specialty hospital. Twice a year the team of doctors from Germany under the leadership of Dr. Ohm visits the hospital and conduct surgeries with minimum charges

Praise God! The Shishu Vihar School which was begun with 64 students has seen its rapid growth. In 1977 the government sanctioned a maintenance grant or the teachers’ salary for the school staff. At present there are over a thousand students from KG to standard VII from the poor and middle class. It is a great joy that the seed of vocation for priestly and religious life is sown in the boarding and school and few repended.

As the years passed, the needs and demands of the people increased. In 2008 an additional English Medium section was started. At present there are both Kannada and English Medium schools with a good infrastructure providing quality education. This school known for its excellence and value based education in the locality. The dedicated staff works hard for the all-round development of the children. . 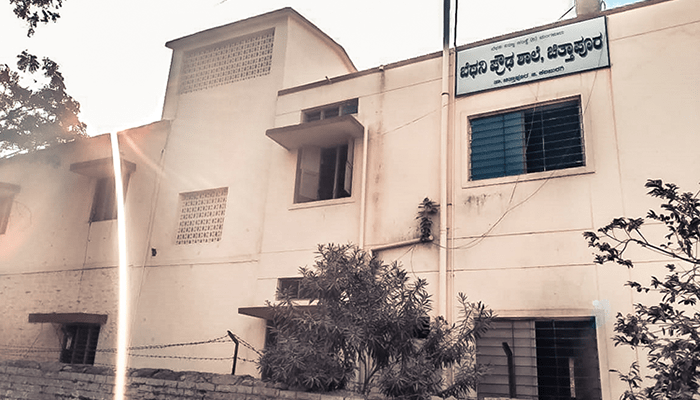 The students are provided with opportunities to participate sports, science exhibition and other competitions at local, Taluka, District and State level. The Institutions not only promote knowledge but also instill spiritual values, love and respect for life, nature and the nation, by celebrating days of importance like National Festivals, Vanamahotsava, , Girl Child Day, Road Safety Day, etc. To imbibe the Core values, the gospel values many activities are organized.
Though Chittapur weather is dry and humid, the life kindled by Shishu Vihar and the Bethany School will never die. They bloom and spread the fragrance of Love and Service all over. 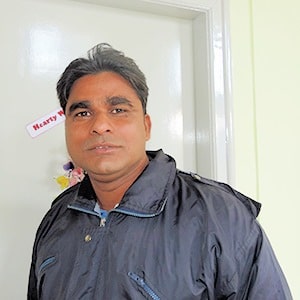 Annual Feast Of The Chittapur Mission