A few villages in Basavakalyana Taluk and on the boarder Bhalki Taluk
were served from Bhalki centre. Owing to a long distance, a separate center in this
area was found necessary. Rev. Fr Victor Machado started a new centre by
staying in a rented house since 13th Feb 2002. He started faith formation and
development works in Muchalamba and surrounding villages. A small piece of land
was bought in Muchalamba and a tiny tin house was built for the stay. The first land mark of the centre was the inauguration programme of the new centre. It was blessed on 18.07.2002 by Rt. Rev. Aloysius D’souza, Bishop of Mangalore. Later on a church dedicated St. Joseph the worker was built and the same was inaugurated
and blessed by Most Rev. Robert Miranda Bishop of Gulbaraga on 4th of December 2006. It was the sacrifice of Mr. Thomas D’Souza contractor, Manjeshwar, who helped financially to build this Church. Fr Victor Machado was the director of orbit social service organization who came and stayed in the rented house with no facility, no comforts, in this remote village who stayed and started various missionary activities in Sadbhavana. In the year 2007 Fr Joseph Rodrigues took charge of the centre. He increased the number of villages for faith formation. During his time St Anthony’s mission centre was started. In the year 2010 Fr David D’souza became the director of Sadbhavana mission centre. Under his leadership decennial celebration of the centre was held on 19.03.2012. Rev. Fr Arun Venil D’Silva, Fr Clary D’Souza become the parish Priests. At present Fr. Benedict SAC is the director of St. Antony Church, Muchalamba.
At present the centre has 15 villages under faith formation. They are Ghatboral, Ghodwadi, Raipalli, Kadepur, Muchalamba, Limbapur, Dannuwradi, Gorta, Honnalli, Murambi, Goundgaun, Kuntegaun, Ucha, Kotegira, Madkatti and Hunsegira. Murambi village has “St. Luke” Chapel established in 2002. Other villages do not have chapel. The centre has 18 catholic families. The total number of Catholics are 100, 181 Catechumens in 39 families. There are 25 S.H.G’s in 9 villages.
Main Activities of the centre.

By the power of the Holy Spirit and the able guidance of the Bishop the centre is doing extremely well. It is hoped and prayed that the mission of the Lord in the centre will continue and give Christ’s presence to many more people through the socio-pastoral apostolate.

Since there was no infrastructure required to start a centre in this area, it was
decided to begin the activities from a rented house. Efforts to obtain a rented
house in Mumbai, Honnali and Dhanuruwadi villages failed. Mr Madappa’s
family from Muchalamba came forward to arrange a rented house in
Muchalamba. Fr Victor Machado, who till now was working in Bhalki centre,
started the work of the new centre by staying in a rented house of Mrs Nagamma
since 13/2/2002.

After staying in the rented house, Rev. Fr Victor started Faith Formation
and development works in Muchalamba and surrounding villages. With the help
of social workers from ORBIT, he started Women’s Self Groups in Muchalamba.
He also bought a small piece of land for constructing a chapel. However the
Buddhist (SC) leaders objected to his stay in this colony alleging that he was
indulging in conversions. Rev. Fr Victor shifted his residence to a house drilled by Rev. Fr Victor was filled with stones by some miscreants.
The conciliatory meeting with the Buddhist Leader:
With the help of Mr. Arjun Kanak from Basavakalyan a conciliatory meeting with the Bhudist leaders arranged. After expressing their views strongly by the both the priests, the meeting ended with the following observations. The Buddhist leaders agreed that the Priests will have to be respected as religious leader and They asked the priests not to engaged in any activities with the Buddhists community.

The Provincial of Chales Borromeo sisters were pleased to send her sisters to Muchalamba. Therefor Sisters of St .Charles Borromeo had their first step at Muchalam on 19th July 2002. They were received with warm welcome by Fr. Victor Machado and the villagers. Their objective was to give missionary formation in rural set up to her sisters.

Gradulal Growth of the Centre :

As the year passed by the centre saw the change of activities and personnel. Sr. Juliet took over as Superior in second year and Sr Daizy, a nurse by profession also joined the team. Bros santhosh and Stany served as regents in the third an fourth year respectively. The following activities were taken up in the next year: Dispensaries were started in Dhanurwadi; Morambi; Muchalamb, A tailoring centre also started in Dhanurwadi. Children’s day was celebrated.

The initial contacts started by the Kaudiyal with Hulsoor were
strengthened by Rev. Fr Victor and Sr Juliet through her regular visit to Hulsoor
and the surrounding areas. This year two of the sisters were staying in a rented
house over there. God willing, Hulsoor grew up, as an independent centre in the
future.

Mr Thomas D’ Souza, the Contractor from Manjeswar, a church was built and inaugurated on 14/12/06. Several religious leaders and crowd of one and half
thousands participated. Rt Rev. Dr Robert Miranda, Bishop ofGulbarga, presided
over the function.

After Rev. Fr Victor Machado, Rev. Fr Joseph Rodrigues took up mission activities with major projects to expand mission activities. One of the major
projects was a new mission centre at Hulsoor. The house and the church came up
due to generous contribution of Milagres “Parish, Mangalore. Hulsoor is small
town which is about twenty five km away from this centre. There was great scope
educational and various development programs in hulsoor and in the neighboring
villages. Being a substation of Muchalamba centre, Hulsoor a successful in
mission in both pastorally and human development activities and thus it was
made independent centre during the time Rev. Fr Joseph Rodrigues.

in the mission centre is situated among the poor who are
landless agricultural labours around 125 children belonging to this group were
regularly coming to the centre for tuition between 7 :30 to 6:00 pm. The centre was
also made as the study home during holidays since most of the houses have only
single room.

Sisters of St. Charles Borromeo had their first step at Muchalam on 19th July 2002. They were received with warm welcome by Fr. Victor Machado and the villagers. It was a memorable day for the congregation as they had the goal of starting the convent for the formation on mission. The pioneers of this mission were Sr. Vinaya D’souza ,the first superior, and the five junior sisters, Srs. Elizabith Leo, Gladys Pasanna, Anjeline D’souza, Smitha D’Silva and Mable D’ Silva.

Understanding the people who practiced different culture and different ideology, Living in a caste dominating area where there was no Christian presence at all Accepting a new way of worship, food habits of the people, Indifference or non-acceptance Night travelling to the faith formation villages where conveyance was rare and not timely and sometimes remaining in the villages during nights. Adjustment with weather living in a tin sheet house and adjusting with weather which was very hot was a real challenge. Difficulty in understanding the language of the people. Our style of living was a mystery for the village people.

This mission, in this Hindu dominated village was initiated by conducting coaching classes for about 150 to 200 children. Children flocked to get the touch of the education especially for the English subject. Most of them were from of Govt. schools. Today we see these same children doing so well by getting good jobs with good salary and recall their past days in our centre and visit us during their holidays. All the faith formation villages we had formed children,s club which made them disciplined and creative. Weekly visit to our faith formation villages also helped our faithful to grow in faith. From Muchalam village 18 to 20 alcoholics underwent the treatment in Bidar and showed positive response. About 90% of them are really doing well and their families remain grateful to us. This was a real mile stone to recognize our existence over here and to understand our mission of Jesus. SHGs were formed and initiated women to start saving and now it has reached up to 20 SHGs in various villages. There is improvement in the leadership of women and in their economic condition. Tailoring classes gave a boost to the young home bound girls and today many of them find their earning through it.

Visiting Faith formation villages and we pray rosary and have bhajan service and sharing of word of God in the evenings. Daily tuitions morning and evening for the local especially for Govt. school children of the Muchalamba village. Since we are only three sisters and find difficult to manage we have one local teacher appointed by the Balajyothi too. About 60 children attend it daily. We manage 20 SHGs in seven various villages. Since two years we run the boarding for primary girls. At present we have 9 catholic girls of 2 to 7 std. They go to close by Govt. school. Our presence is recognized specially during Independence Day and Republic Day in the close by Govt. schools and they send special invitation for us to attend. 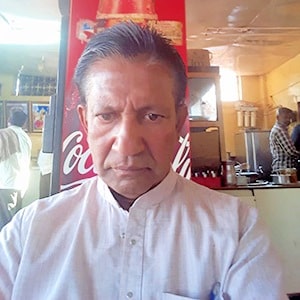 Muchalamba Mission celebrated its 20th Anniversary of the Mission

Blessing of the New Houses at Hulsoor

Sixteen new houses were blessed at Hulsoor, Basavakalyan by  His Grace, Most Rev Dr. Peter Machado, the Archbishop of Bangalore on17th  July 2021. Most Rev  Robert Miranda, Bishop of Gulbarga offered Thanksgiving Mass along with his Priests, Sisters and faithful.  Bishop of Gulbarga in his address thanked all who were part of this project specially […]

Blessing of the renovated presbytery at Muchalamb

The renovated presbytery at Muchalamb was blessed by Most Rev Robert Miranda on 6th July 2021. Fr Clary D Souza, the Dean, Fr Sunil Mankare, Hulsoor Parish Priest, and Sr Geetha, the Superior of St. Charles Borromeo Sisters at Hulsoor and the Sisters along with few lay people were present for the event. Fr Mark […]